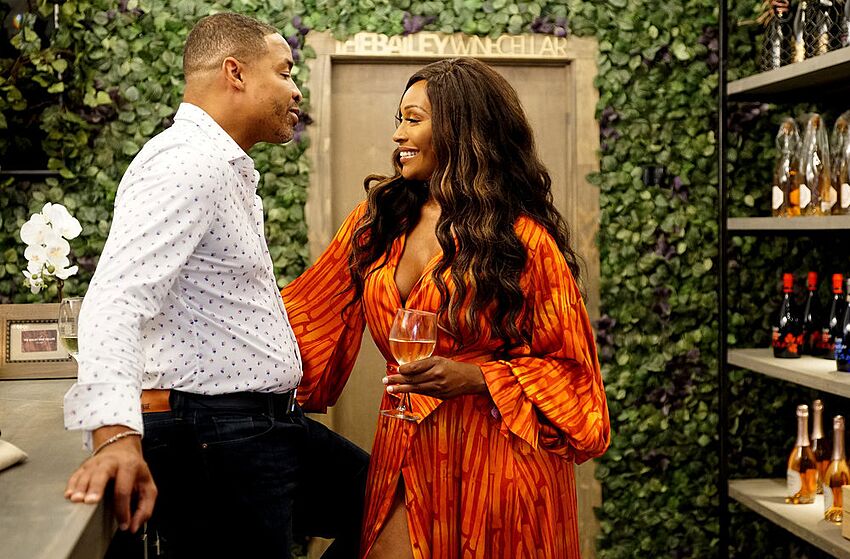 Real Housewives of Atlanta: Well, now we have two snakes on the cast by Amanda Cline
Below Deck: Do you think Rhylee Gerber deserves to be let go? by Amanda Cline

Cynthia Bailey and Mike Hill had the internet in a tizzy when photos surfaced of the RHOA pair in a wedding dress and tuxedo in New York City.

The RHOA couple just got engaged on the show a few episodes ago, but photos of Cynthia Bailey and Mike Hill dressed for a wedding over the weekend – just not their wedding.  Nick Roses, Cynthia’s agent, told PEOPLE that the pair was doing a spread for Sophisticated Weddings while Cynthia was in New York City for Watch What Happens Live with Andy Cohen.

The shoot took place at the JW Marriott Essex House and Cynthia’s dress was Netta BenShabu for Wedding Atelier.  Mike’s tuxedo was Joseph Abboud for Men’s Wearhouse.  Cynthia took to her Instagram to let people know the pair hadn’t gotten married yet, they actually chose 10/10/2020 for the wedding date…and also, she’s not pregnant.

Cynthia told PEOPLE TV’s Reality Check earlier that Kandi Burruss was actually responsible for the chosen date.  The group was on a cast trip in Greece over the summer when Kandi reportedly told Cynthia the date was perfect. “’10/10/20 — like 20/20 vision.’ It falls on a Saturday. It’s perfect. Perfect vision, perfect date.”   Mike apparently wants a wedding party, while Cynthia is undecided.

Related Story: Real Housewives of Atlanta: Well, now we have two snakes on the cast

She said that based on her current friendships, it’s a lot of drama!  I would imagine their three daughters, Noelle, Kayla, and Ashlee, would want to be a part of the party.  Imagine Nene Leakes being just a regular bridesmaid?  Nene would never.  Either way, the pair has a lot of work to do before the big day which is only, like, nine months away.  Nine very short months away!

The Real Housewives of Atlanta is on every Sunday at 8 PM!